Captain John Henry Mears was dismayed, an experienced and ambitious navigator, he never anticipated such a wasteful accident. As its engine sputtered and black smoke curled from the fuselage, the “City of New York” had lost the glamour of its namesake. A botched diagonally oriented departure from the Harbour Grace Airport had ripped the control levers from pilot Harry Brown’s hands, dragging the aircraft to the left and onto the south edge of the field. After cutting the engine in desperation, the inertia pushed the two off the edge, the plane leapt approximately 10 feet before crashing into the jagged rocks and prickly bushes characteristic of Newfoundland. Dizzily stumbling their way out of the wrecked plane, Mears and Brown found themselves staring at the shocked faces of Magistrate John Casey and the townsfolk. Aside from mild disorientation and Mears’ stinging shoulder, the two were luckily unharmed. Wasteful, yes, a setback, yes, but nobody was permanently hurt. Like a startled child, Mears began frantically sorting through the cockpit, he was missing something. Tailwind was gone! The “City of New York” veering off course The Wrecked “City of New York”

Months before the “Winnie Mae” made its famous global round-trip, Mears sought to break the record set by the “Graf Zeppelin” of fastest around-the-world flight, a record previously set by himself. Mears was not only angered at his record being beaten, but also by the idea of a non-American owning the record, as he was a fierce patriot. So, he and pilot Harry Brown would depart Roosevelt Field in New York City on August 2, 1930, intent on stopping in Harbour Grace, Dublin, Ireland, England, Belgium, Poland, Stansvik (Latvia), Lithuania (Russia), China, Japan, cross the Pacific, and return via Canada. Moments before leaving, as the engine hummed and the propellers began rotating, a voice called to Mears from the gaggle of reporters and flight officials’ intent on seeing the historic departure. A woman with curled brown hair and piercing dark eyes, dressed in a burgundy silk dress with a leather coat, approached the plane holding a scruffy light-coloured terrier. This was Mary Pickford, a nationally famous, Canadian-born actress known as “America’s Sweetheart.” She presented Mears and Brown with the fidgety terrier named Tailwind as a good-luck charm for their flight. 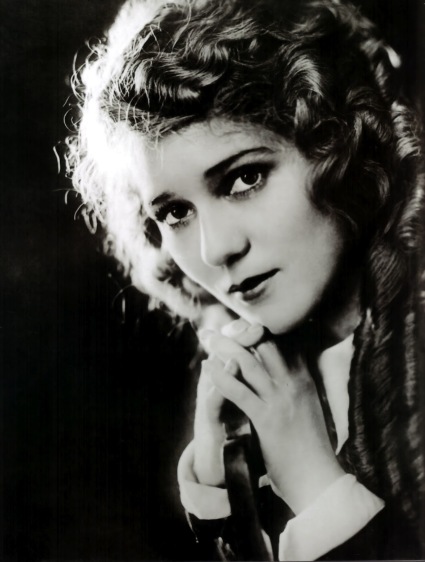 It was a still summer day in Harbour Grace, blue skies and the freshly cut Airport grass swaying in a light breeze. A substantial gathering of curious onlookers populated the grounds near the Airport in anticipation of the visitors from New York. Almost immediately after the rumor had been spread that a plane was landing in Harbour Grace, an excited shout emanated from the crowd “There she is!” As the tiny plane got progressively larger the words “City of New York” could be read on the side of its maroon-coloured fuselage. With a graceful touch it landed at the Airport around 15 minutes after it had first been spotted. Judge Casey and Frank Archibald, representative of the Prime Minister of the Dominion of Newfoundland, greeted the two trailblazers. While the crew was embraced by the town officials, the observers admired the Lockheed Vega Monoplane. With cream wings and a maroon fuselage, it was strikingly sleek. It was claimed that it could travel at a speed of 160 miles per hour and perhaps as high as 200 miles per hour with a tailwind. It was equipped with a 420 horsepower Pratt and Witney Wasp Engine and carried 450 gallons of gas and 30 gallons of oil. The trim cabin was equipped with an expensive two way-radio generally seen in affluent aviation clubs.

The “City of New York”

Mears determined, at the disapproval of the Harbour Grace Airport Trust, that the “City of New York” would depart in the wee hours of the next morning, before a speck of daylight could be seen. Encouraged by the silver ray of moonlight at the Airport, and the golden embers of signal flares illuminating its west end, Mears and Brown eagerly climbed into their monoplane. With the help of a slight southwest wind and signals from the nearby headlights of parked cars, the “City of New York,” with a timid Tailwind in Mears’ arms, rocketed forward.

As he informed the onlookers of Tailwind’s vanishing, Mears wondered how the crash happened. Perhaps it was too hasty, perhaps he should have waited until daylight, or maybe the flares disoriented Brown during the takeoff. No matter, finding Tailwind was the top priority. Mears subsequently announced in the Harbour Grace Standard that he would pay $100 to anyone that safely returned Tailwind to him. Feeling sorry for Mears, residents combed through Harbour Grace, from the airport bluffs to Bishop’s Field (St. Francis Field) to Water Street. Hours passed and Mears grew worried, Tailwind was an adorable pup and a sentimental gesture of goodwill. Thankfully, a resident of Harbour Grace named George Hunt eased those worries when he returned to Mears with Tailwind at his side, ensuring the dog was safely with him once again. 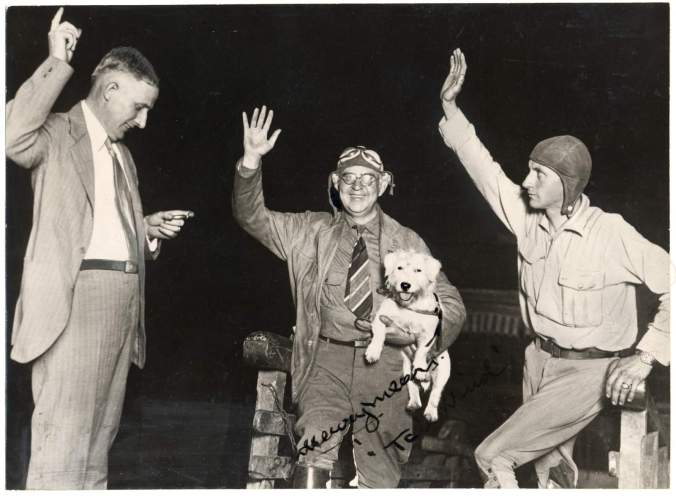 While Tailwind was found, the “City of New York” was unrecoverable, as the damage from the accident was far too extensive to be repaired. Any parts that were salvageable, such as the radio equipment were immediately crated and sent back to New York for future use. Mears and Brown remained steadfast in their desire to complete the around-the-world flight, but it was not to be. Interestingly, it is said that the family members of at least three modern residents of Harbour Grace took souvenirs from the wrecked “City of New York,” but this remains unconfirmed. Whatever the case, the stories of the “City of New York” and that of the later “Winnie Mae” would soon be drowned out, as a young woman who had crossed the Atlantic from Trepassey less than two years earlier was waiting in the wings.

Parsons, B. and B. Bowman 1983 “The Challenge of the Atlantic: A Photo-Illustrated History of Early Aviation in Harbour Grace, Newfoundland.” Robinson-Blackmore Book Publishers: Newfoundland.