Harbour Grace will be featured in a new short film, New Woman, directed by Benjamin Noah and starring Rhiannon Morgan and Stephen Oates. You can view the new trailer here:

As described by the Newfoundland Quarterly, New Woman is a “gothic-romance [which takes] place just prior to the great St. John’s fire of 1892. The landscape of Newfoundland is also a lead actor in the film, though it’s a more foreboding and wild landscape than you’ve ever seen in a tourism commercial.”

In an interview with the Compass, Noah said Harbour Grace, an “old, beautiful spot,” was an ideal location for filming: “When you’re shooting any sort of project set in an older time period, it can be kind of difficult when it comes to finding places to film, but Newfoundland has a lot of these really nice looking buildings and areas that, when shot the right way, can really look the part, like the church we filmed at today [St. Paul’s Anglican Church].” 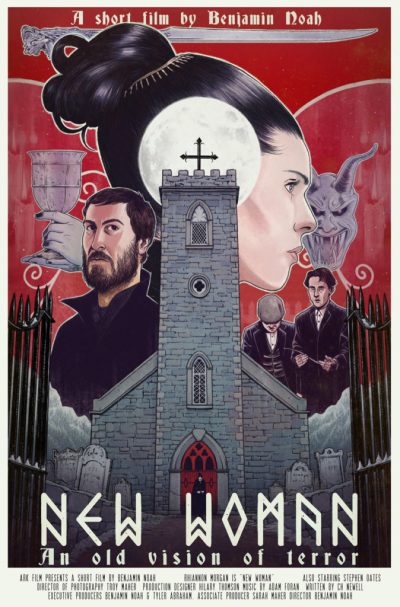 Look out for New Woman soon at a film festival soon.