First blog post from us in a while. After profiling two of Harbour Grace’s most well known figures, Amelia Earhart and Peter Easton, we decided to write about an under-appreciated historical figure, William Azariah Munn, whose scholarship and business endeavours have left an indelible mark on Newfoundland history.

Born on May 17, 1864, in Harbour Grace, Newfoundland, William Azariah Munn was the son of Robert Stewart Munn—nephew and heir to John Munn, Conception Bay’s most powerful merchant—and Elizabeth Munn (née Munden). William was named after his maternal relations, that is, his grandfather Azariah Munden, captain of both the SS Commodore and SS Vanguard, the two steamships in John Munn and Company’s sealing fleet, and great-grandfather William Munden, a famous sea captain. In his early years he was educated at the Harbour Grace Grammar School, under Professor John Irving Roddick. He was later sent to Scotland, to Merchiston Castle College, where he finished his studies. After schooling, William moved to Montreal, where he gained valuable business experience under his uncle Stewart Munn, who operated a profitable importing firm. In 1893 he married Ethel Mildred McNab–daughter of Rev. Ebenezer McNab, former Presbyterian minister at Harbour Grace–and returned to his hometown, joining his father’s business, John Munn and Company, with his brother Robert Stewart. 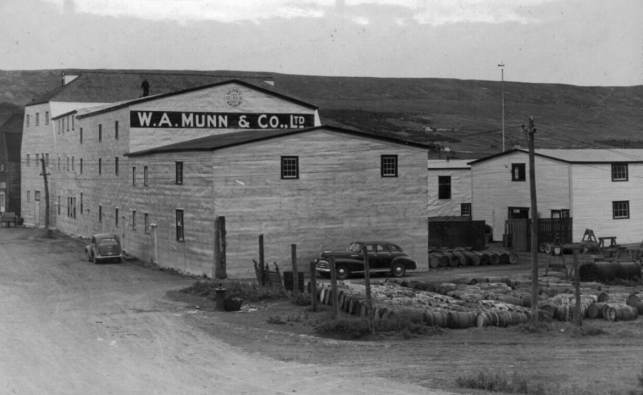 However, the two brothers were soon forced to start afresh in the fishing supply industry, due to the death of their father and the Bank Crash of 1894. In 1895 they started the import agency W.A. Munn and Company in St. John’s. The company was a large importer of flour and exporter of partridgeberries and blueberries. Most notably, the company was a leading producer of medicinal cod liver oil, and a processing plant was established in Harbour Grace, the Munns’ hometown.

This plant, consisting of a group of spacious, brightly painted buildings, was the focal point of an industry that reached almost every settlement on the island. While the firm prepared much of its own cod liver oil from fresh livers brought to the plant, the bulk of the oil came from some two hundred smaller factories along the coast. To produce one gallon of cod liver oil, 450 pounds of “green” fish—that is, fresh from the sea—were needed. Moving by rail, sea, and road, thousands of gallons of oil came into Harbour Grace each month in steel containers supplied to producers by Munn’s. Here, the slow refining process took place before the oil was filled in tin-lined barrels ready for market. The company’s high-quality standards were met with regular and rigid inspections by A.R. Johnson, the plant’s manager and chemist. In its heyday the plant regularly produced one hundred barrels of cod liver oil a day—a figure which shows the amount of fish needed to keep this enterprise going.

Outside of the twenty men directly employed by Munn’s, the plant sustained local ancillary industries, such as James A. Garland’s cooperage on the nearby Point of Beach. Garland’s cooperage was one of the busiest firms in Harbour Grace, employing 45 employees at its peak. These workers manufactured barrels for cod liver oil, herring, and berries; salmon tierces; oil casks; fish casks and drums; Coca-Cola boxes; and a host of other wood containers that carried Newfoundland products throughout the world. In the words of James’s son Charles, the firm “supplied [Munn’s] with thousands and thousands of barrels, each one with a tin liner. I suppose we made 160 or 170 barrels a day.”

Much of Harbour Grace’s cod liver oil was exported to England. In 1924 the British Empire Exhibition featured Munn’s Cod Liver Oil. William’s plant in Harbour Grace and cod liver oil display attracted much attention, according to a report for the Newfoundland Quarterly. The substance even impressed King George V, despite his queasy childhood experiences with the tonic.

William was later appointed an agent for Lloyd’s of London, an English insurance market. In 1911 he started his own company, Newfoundland Marine Insurance, to handle W.A. Munn and Company’s internal insurance requirements. This firm eventually evolved into Munn Insurance, today one of the province’s largest insurance brokers.

Like his father and brother Robert, William had a keen interest in the history of the island; an avid and curious reader, he wrote prolifically on Newfoundland topics. He was instrumental in reestablishing the Newfoundland Historical Society in 1906. The Newfoundland Quarterly serialized his history of Harbour Grace from 1933 to 1939, in which he published the first written account of the Sheila NaGeira legend. In the words of this publication, as chair of the Newfoundland Historical Society, William worked “more zealously and enthusiastically than any member of the society in its advancement.”

Most notably, William was interested in North American voyages and landfalls. He particularly enjoyed the Norse sagas “Saga of Eirik the Red” and “Saga of the Greenlanders,” recorded in the 13th and 14th centuries by Christian monks in Iceland. These sagas relate early Viking explorations in Helluland, Markland, and Vinland, three unidentified locales that prompted much scholarly debate. From his involvement in the fishing and mercantile trade, William knew northern Newfoundland and coastal Labrador well. After much reading and research, William posited that Helluland was located around Hamilton Inlet, Markland along the long beaches of Cape Porcupine, and Vinland around L’Anse aux Meadows, Pistolet Bay, and Milan Arm. In 1914 the St. John’s Daily Telegram printed William’s Viking theory in pamphlet form. Unfortunately, the limited circulation of this publication kept William’s conclusions from reaching a wider audience. Later, his hypothesis was proven correct: in the 1960s Helge and Anne Stine Ingstad excavated ruins at L’Anse aux Meadows, determining that Norse settlers had been in Newfoundland before the landfall of John Cabot in 1497.

William died of a heart attack on October 22, 1940, and is buried at St. Andrew’s Presbyterian Cemetery, Harbour Grace. 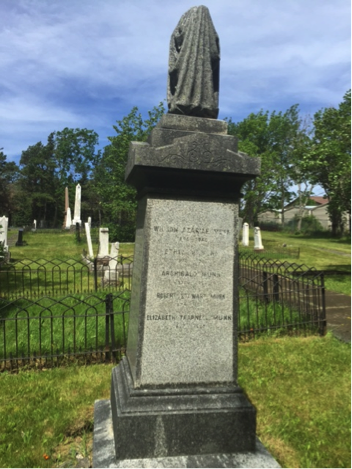 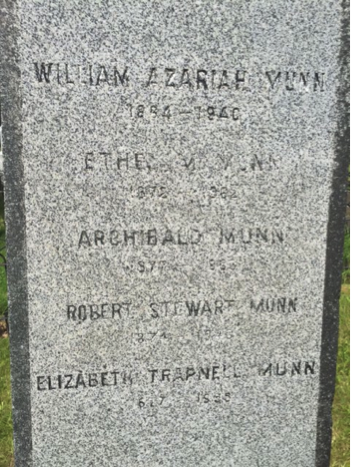 Ingstad, Benedicte. A Grand Adventure: The Lives of Helge and Anne Stine Ingstad and Their Discovery of a Viking Settlement in North America. Translated by J.K. Stenehjem, McGill-Queens University Press, 2017. Print.

2 thoughts on “Fish Oil and Water: The Life of William Azariah Munn”